Seven ways to help a friend at the Fringe 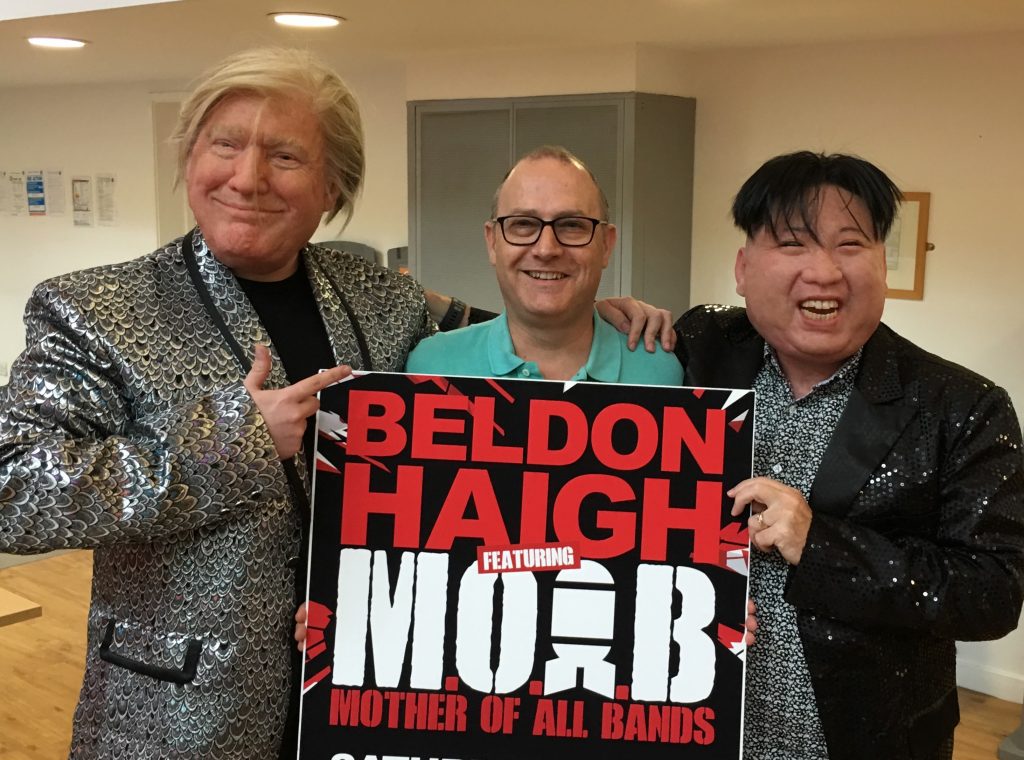 Somebody you know is doing a show at Edinburgh, what are you going to do about it?

You’ll congratulate them of course, and you’ll probably go and watch the show, but is there anything else you can do to support them?

Yes, there is. Lots.

1. Don’t ask for a free ticket

You might expect your best friend to give you a freebie.

Your old mate from school will get you in free, won’t they?

Surely your only child will put you on the guest list?

Don’t ask for a freebie. It costs a fortune to put on an Edinburgh show. Debut shows would be pretty empty without friends and family. Many performers will be on first name terms with half their audience.

2. Pay the full price for your ticket

I had a friend who came last year and said he’d see me at my show later, but he was off to the half-price hut to see if he could get the tickets cheaper.

He was in bargain hunting mode, not seeming to realise that it would be my pocket subsidising his cut-price seats.

Most debut performers will lose money at their first Fringe. They’ll be checking every day to see how many tickets they’ve sold. You can help ease the pressure a bit by buying your ticket well in advance.

There’s a website where artists can click a link, to get a full breakdown of their ticket sales. I reckon I clicked on it four times a day before the Fringe, and then six times a day once I got to Edinburgh.

It’s obsessive behaviour but there’s always the worry that no one will come. Help your buddy out. Get your ticket way ahead of time.

4. Tell people about the show

There are over three and a half thousand different shows at the Fringe. There are not enough audience members to go round. The shows that do well are not the the best shows, they’re the ones that have a good word of mouth.

Performers can spend lots on posters, adverts and flyers, but the absolute best way to get bums on seats is word of mouth. Play your part and tell everyone you know. Don’t be shy about it, shout it from the rooftops.

5. Offer to hand out flyers

A great way to publicise a show is to handout flyers in the street. These are typically A5 leaflets about the show. It’s soul destroying work for the artists themselves. For every ten people you approach, six will stop, three will take a leaflet and maybe only one will engage in a conversation. But some of those ‘one in ten’ people will come to the show.

Offer to do some flyering for your mate. They will love you for it.

Oh, and it means you will become a flyerer. It sounds like a made up word, but it’s not.

I paid some students to flyer for me last year, and I have more lined up this time round. But, I also had great flyering from my sisters and friends.

My wife spent hours in the pouring rain last year handing out my soggy leaflets to people who didn’t really want them. I love her very much.

Your friend or family member will be going full out to publicise the show on social media. They’ll be on Facebook, Twitter, Instagram, Linkedin and many other apps that only young people know about.

When they do this, they need your support.

If they ‘like’ it, it doesn’t really help. It doesn’t go to any more people,

If they retweet it, it goes to all their followers. Hopefully some of them will retweet it as well. That way its scope is massively increased.

When you arrive in the beautiful city of Edinburgh, you are on holiday. You are visiting the largest arts festival in the world, and it’s time to party!

However, don’t forget your friend or loved one is working. They can’t be out late, drinking and dancing to all hours. They have a show tomorrow, and the next day, and the day after that.

Last year I had friends at most shows. Typically they would come for a two or three day stay and they’d want to go out and play with me. But I was doing my show every day for 27 days in a row, plus guest spots on other shows, flyering, media interviews, podcasts and lots of networking. To be on top form for my show I had to limit my late nights.

So, don’t forget doing a one hour show may not seem like work to you, but to deliver a good one every day takes dedication.

On behalf of all performers thanks so much for your support. We couldn’t do it without our loved ones, colleagues and mates.

And if you’re looking for a show to go to, please check out my funny look at the strange business of public speaking.

Jeremy Nicholas: What Are You Talking About? 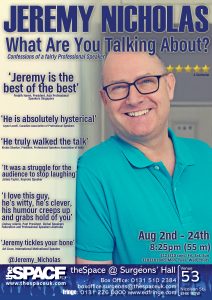